Why are Gays, Lesbians and Bisexuals more likely to suffer psychological distress and health issues.

(CNN)Researchers now have a broader understanding of the health disparities suffered by gay, lesbian and bisexual people. A recent study found that these groups are more likely to suffer psychological distress, heavy drinking and heavy cigarette smoking.

The study, published in the American Medical Association's Internal Medicine journal on Monday, sheds new light on such disparities in a population-based sample of adults in the United States.
"This study was one of the largest, most comprehensive studies of its kind to find differences in health and health behaviors by sexual orientation," said Carrie Henning-Smith, health policy researcher at the University of Minnesota and a co-author of the study. "Our findings should raise concern that lesbian, gay and bisexual adults experience health disparities." 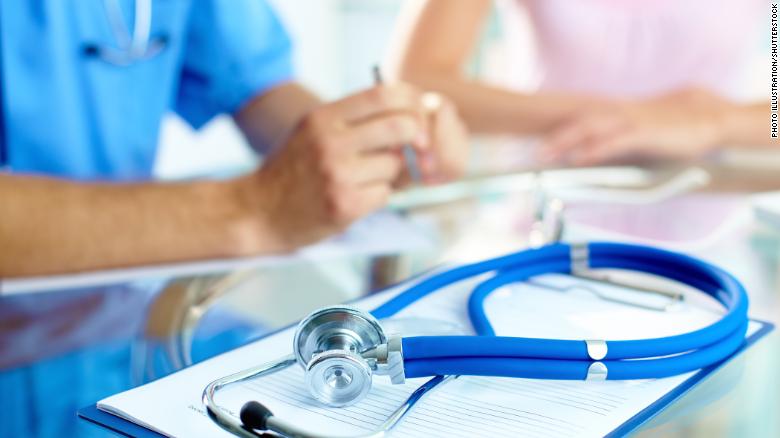 LGBT people in rural areas struggle for health care
The researchers analyzed data collected from more than 68,000 adults nationwide as part of the Centers for Disease Control and Prevention's 2013 and 2014National Health Interview Surveys. The surveys included questions about sexual orientation, chronic conditions, mental health, alcohol consumption, cigarette use and overall health.
The researchers discovered that gay and bisexual men were more likely than heterosexual men to suffer severe psychological distress, heavy drinking and heavy cigarette smoking. Lesbians were more likely than heterosexual women to experience psychological distress, poor or fair health, and heavy drinking and smoking. Bisexual women were more likely to suffer multiple chronic conditions.
"The data did not allow us to identify specific causes of health disparities in this study," Henning-Smith said. "However, we know from other research that the experience of being part of a stigmatized minority population can lead to chronic stress, which, in turn, can have negative impacts on health and health behaviors."
The researchers hope that the data could help to inform and encourage clinicians to be more sensitive to and aware of the specific psychological and physical needs of gay, lesbian and bisexual patients.
Additionally, health care providers should be prepared to provide clinically recommended guidelines that address the unique health needs of their patients, said Gilbert Gonzales, assistant professor of health policy at Vanderbilt University and lead author of the study.
"We need to make sure all of our health surveys and electronic health records collect information on sexual orientation and transgender identity in order to track our progress towards eliminating LGBT health disparities," he said.
Researchers across the country are further investigating these disparities, including at the University of California, Davis Health System's Center for Reducing Health Disparities, said the center's founding director, Sergio Aguilar-Gaxiola, who was not involved in the new study.
The National Academies of Sciences, Engineering, and Medicine's health and medicine division "has recommended the collection of sexual orientation and gender identity as a critically important way to measure quality and progress at reducing, and ultimately eliminating, disparities based on sexual orientation and gender identity," Aguilar-Gaxiola said.
The UC Davis Health System was one of the first health care providers in the nation to ask sexual orientation and gender identity questions as part of a patient's electronic medical records.
Now, the Center for Reducing Health Disparities is implementing a five-year intervention in Northern California's Solano County to gather more data about the health needs of the LGBT community, as well as train community leaders and health service providers about how to appropriately address those needs.
Join the conversation

Overall, the goal is to eliminate health disparities among the Latino, Filipino and LGBT communities by collaborating with community leaders and county staff to improve access to, and the utilization of, mental health services, Aguilar-Gaxiola said.
"First, we need to have the data," he said. "Second, there needs to be services, and those services need to be in settings that are welcoming, such as use a rainbow flag as a welcoming sign for the LGBT community. Next, pay attention to the youth who are in the process of self-identifying and know how their families respond. The youth tend to report the lowest satisfaction with mental health services."
Aguilar-Gaxiola said he hopes this approach not only will eliminate racial and sexual orientation-related health disparities in Solano County, it could help inform how to eliminate disparities in the United States and around the world.
"Each population has its own needs and its own issues," he said. "With the new research and data we are seeing, there is some awareness but not nearly enough of what is needed."